That's Not my Superman or Spider-Man or even The Hulk

Many people write their blogs from either an investigative or current point of view, often worrying about production details and credit. I have always sought to write this blog from a reader's point of view, trying to keep the perspective of a fan who read this wonderful material in chronological order when it originally came out, not knowing what the future would bring. I also did not know that this era was, or would be called, “The Silver Age of Comics.” 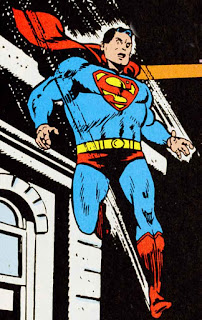 There is no one Superman, Spider-Man or Avengers. They have been redone, restored, recreated, rebooted, retired, resurrected, refrigerated (Captain America), reincarnated, reconstituted, rethought, regurgitated, relinquished, restored, and made over so many times. Spider-Man began as Amazing, but he has been Spectacular, Ultimate, Avenging, Sensational, and I think, my favorite, “The Inebriated Spider-Man.”


I hesitated in including this in my Man of Steel review because it may a sound a bit hypocritical and maybe it is. I don’t know.
http://forbushman.blogspot.com/2013/06/a-review-of-man-of-steel-from-comic.html

When I go see a movie, or read a comic, I want to see something that I haven’t seen before. That doesn’t mean I always need to see totally new characters, but I do want to see a fresh story with an unpredictable outcome. The bad thing in the hero movies, super or otherwise, is that we know that the hero is going to survive, so I want the surrounding story to have some suspense to keep my interest.

The Man of Steel showed Superman in a new light. If you don’t know the end of the movie you can keep reading until I tell you to stop!

This certainly was not my Superman, but is that a good thing? My inspiration for that belief comes from Steve Ditko. And I’ll get back to that point in a minute. 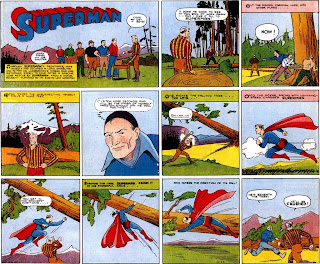 It was always unlikely that we were ever going to see comic books or movies featuring brand-new characters, only the familiar ones that we have known for at least forty years, being brought back.
If you did not live through it, I cannot tell you what a joy it was to read the Marvel comic books in chronological order as they were being published in the early 1960s. Everything was new. The heroes, villains, the stories were all something I had not seen in DC, Charlton or Dell comics. In those Marvels, there were no footnotes that referenced stories that took place 20 years ago to fill in the details. For example, when the Riddler was brought back in a Batman comic in 1966, the editor referred to a Riddler story that appeared 20 years earlier. This was a comic that DC waited another 30 years to reprint. How, in 1966, was I ever likely to see the beginnings of Edward Nigma? 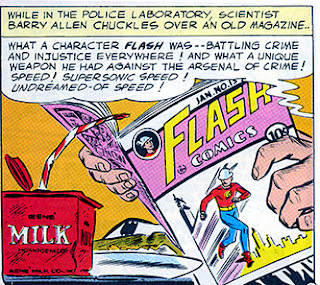 However, everything at Marvel started off new and fresh and I really enjoyed that.

DC already seemed a little stale to me even as a kid, with dozens of years of continuity on each character. I felt that I was reading my parents' comics whereas, with Marvel, I felt like I was reading my own. Every succeeding generation is like that. Each one has its own music, clothes, slang and popular fictional characters.

I thought the new Star Trek movie was enjoyable, but I did not think it was in the least bit original. And many people gave me some static on that. They felt that it was a good movie and it didn’t matter if it wasn’t original, merely rewriting original scripts and recasting the main characters. I was disappointed because I wanted them to go where no past episode had gone before. 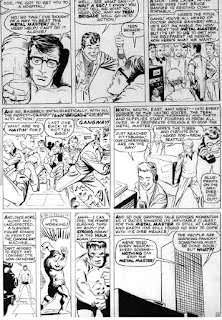 So what does Steve Ditko have to do with all this? Ditko redid three Marvel characters - the Incredible Hulk, Iron Man, and Doctor Droom. In every case he was able to reach inside and see the essence of the character. So he understood what made the character interesting. He would then change their costume, their supporting characters or their environment and still keep the important qualities that were developed earlier. Not a lot of writers and artists had this ability. So his Iron Man propelled the character into the modern jet age. Originally, in the Jack Kirby costume, he wore his uniform like a British Knight. The character was most often defensive; his big heavy armor protected him. Now, he could be sleek and offensive, having the agility to attack and not just defend. 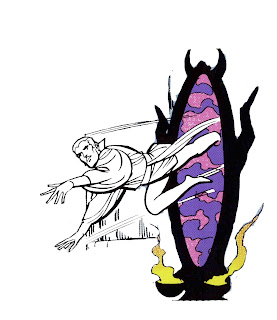 Ditko’s Doctor Strange is so different from Dr. Droom that it may be hard to see the connection. Maybe that is why, unlike the Hulk, Ditko gave us a whole new character and didn’t just redo Droom. Ditko placed the magician in incredible psychedelic worlds, so not only was this Caucasian magician with powers rooted in Asia (just like Droom) different, his world was totally changed. Oh yes, one of those psychedelic realms was Greenwich Village.

Spoiler Alert: You may want to stop reading here.

What disappoints me about the new Superman movie (and here’s where I’m hypocritical) is that they did give us a new character, but they did not keep the essence of what I considered important about the old one. 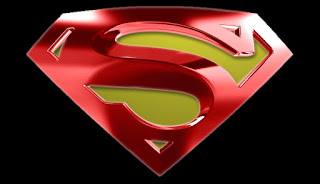 It first startled me when Pa Kent, played by Kevin Costner, suggests that Clark should not have saved someone’s life because it gave away his powers. The movie shows Clark standing and watching his father die when he not only had the powers to save him, but the opportunity for the situation never to have ever occurred. I remember Jeff East, as young Clark Kent, so regretting the death by heart attack of his father in the 1978 movie. “All my powers…”

And I am certainly bothered at the end when Superman took the life of General Zod when the writers could have come up with a way for him to avoid it. So here I am saying I want to see something new and different, a character that I haven’t seen before, and I’m complaining that they did not keep the essence of the character that I grew up with.

We are not going to see a major new character from Marvel or DC. They cannot create new ones anymore. Creative people no longer see comics as their future. They want to have ownership and revenue, but they will not get it from the comic book industry so they look elsewhere. Marvel must rely on a stable of characters that is 50 years old and DC uses a reserve that is 75 years old. Yet the corporations freely give those creative rights to people who do their TV shows and Movies, just not the comics

I have no solutions, no suggestions and no alternatives - but that doesn't stop me from being a bit disappointed that this is not the Superman that I knew and want to know.