Most Fantastic Four fans have not seen these four pages! From 1972!

I bet many Fantastic Four fans have not seen these four pages!

On August 15, 1971, President Nixon imposed wage and price controls which lasted 1,000 days. The government would NOT allow raising prices unless you added to or significantly upgraded your product. Many paper plants went out of business because they could not supply paper at its frozen price because the pulp came from Canada which did not have price controls. Publishers had to then buy less quality paper to keep their price the same.

Martin Goodman, publisher, on his October and November 1971 cover dated issues increased the pages (from 32 to 48) and the price, from 15¢ to 25¢. In December, Goodman returned the comics to their former size, with a 20¢ price. But the Price and Wage board objected!!!!!! So at Marvel, Fantastic Four #128 was required to insert a four page color section to satisfy the Control Board saying the color insert made the comic different. 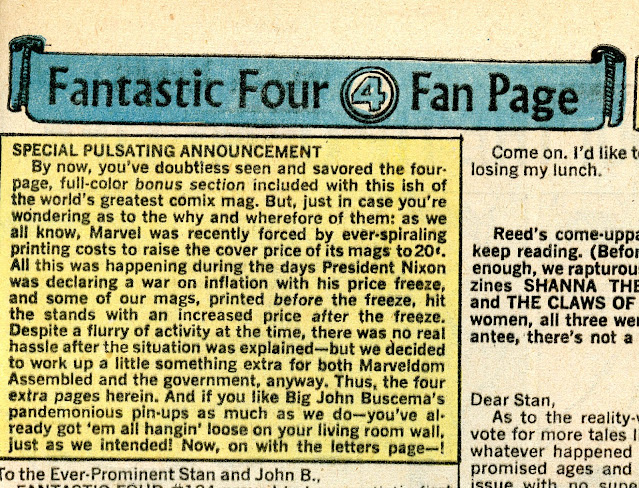 I have read stories about Goodman and DC meeting about “fixing” the price of comics in the 1970s. Price fixing is highly illegal. Some say that Goodman made a deal with DC and they criticized Goodman reneging on that. Actually, not following through on a criminal conspiracy is a good thing. So if they met, there would have been no witnesses, nor would they tell anyone, because they could be fined and possibly jailed. Certainly, they would be embarrassed. And people do no mention the price and wage controls. 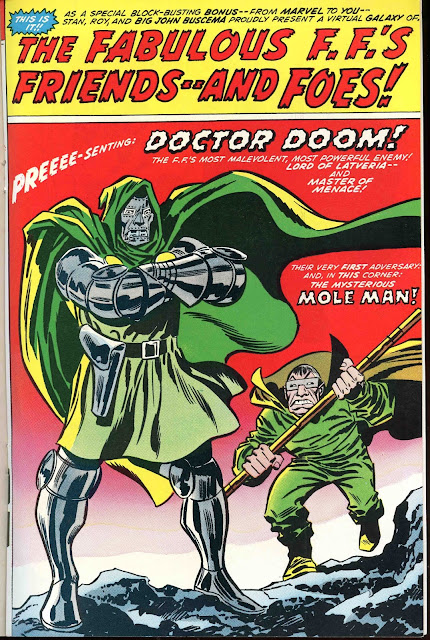 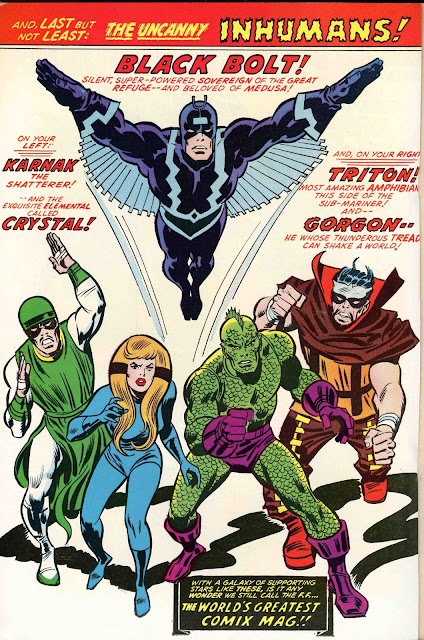 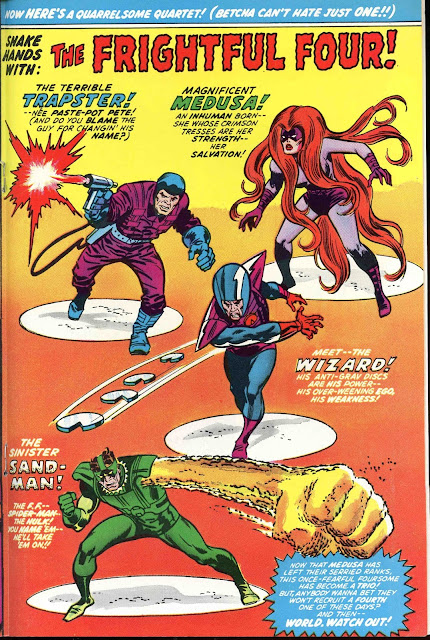 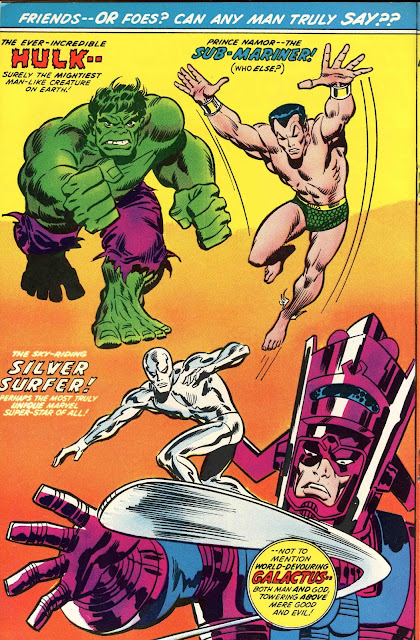 Kull, The Conqueror,  had been cancelled with issue #2, so the character could be used in the new larger size Conan (see issue #10). The Kull stories were now shorter. In the very next issue, Kull was culled when Conan returned to regular size. The already drawn shorter stories appeared in Creatures On the Loose #10 and Monsters on the Prowl #16). Kull would return in his own comic soon. 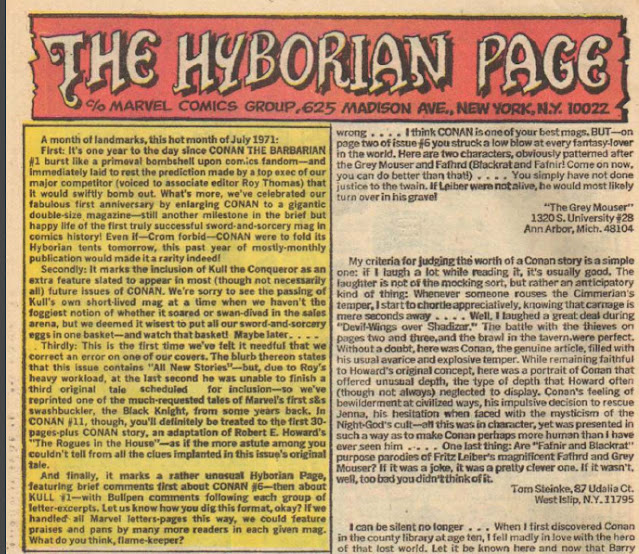 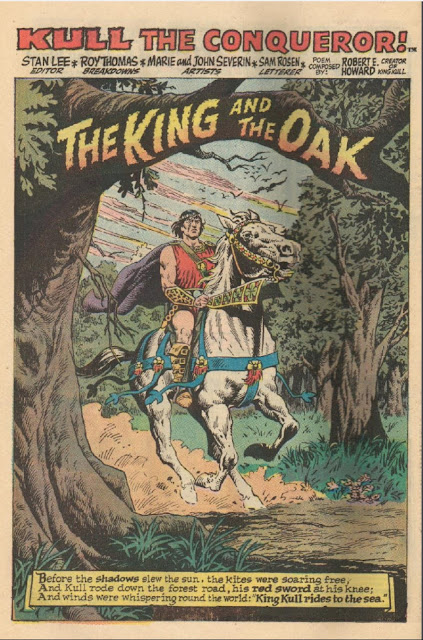