1977: The Year I stopped Reading Comics 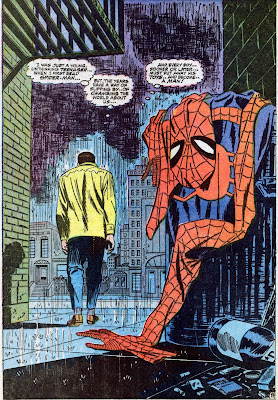 By the mid 1970s I had long been a comic book fan and “keeper.”  I gave up regularly reading comics in 1977 and I have, in recent years, often been asked why.  There were several reasons as the industry went through great changes in that era.  You are certainly entitled to agree or disagree with my views, and I hope you will post your experiences. BUT PLEASE DO NOT explain why so many changes were made, I am responding to just what was in the comics

Reason #1: Girls. And money. I wanted to date and the price of comics was getting out of hand.  In 1965, for example, I could afford to buy all ten Marvel Age comics for just over a dollar each month. (By “Marvel Age” I mean all the super-hero titles and Sgt. Fury. I am excluding reprints teen-age romance and westerns.) At twelve cents each, it cost $1.20 per month, perhaps $1.45 if an Annual came out.  As a measurement, minimum wage then was $1.25, so working about one hour a month paid for my comics.

For 36 years, 1933-1969, the price of comics increased only 20 percent. In the next seven years comic book prices tripled from 12 cents to 35 cents.  But Marvel and DC also added “Giant-Size” and other specials that cost way more. 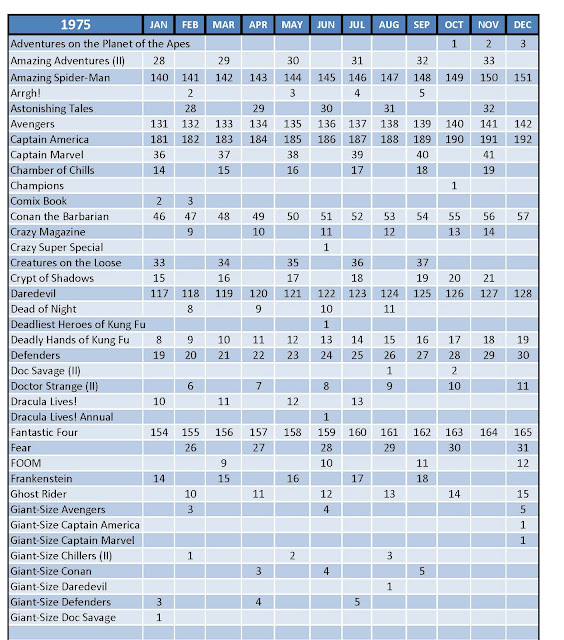 The minimum wage in 1976 was $2.30. So it would take almost 9 hours, with tax deductions, at minimum wage to buy all those comics Marvel produced in one month. I guess many readers, if they were anything like I was, then began to pick and choose.  But I was also losing at the “90%” rule. I was enjoying maybe one quarter to half the comics, but more on that later. 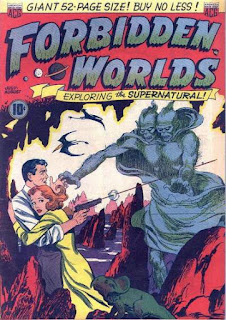 Reason #2:  I had basically given up on DC and other companies.  DC comics were written for younger people. This not only meant simplified plot and little character development, but they operated with the knowledge that they lost their readers at age 15 or 16.  A.C.G. was now long gone as was Dell. Charlton and Western seemed to come and go on the newsstand, mostly printing licensed properties of children’s T.V. shows. 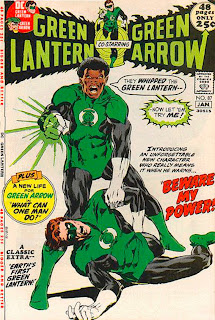 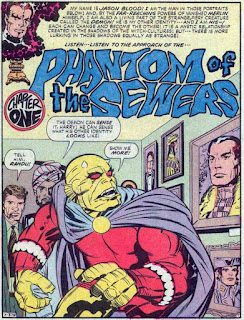 Reason #3:  I was disappointed when Jack Kirby left Marvel in 1970 and went to DC.  I expected Kirby to have an influence at DC and that their comics would grow up. They didn’t.   I am a huge Kirby fan. Here you had the single-most important graphic artist of his generation, who had co-created a staggering number of characters that are still among the most popular heroes of all time, and his output for DC was disappointing.  I found Kirby’s New Gods and Fourth World hard to read. Kirby learned to write in the style of Joe Simon in the 1940s, when dialogue was all plot. By 1970, Stan Lee’s influence in writing was prevalent.  Kirby failed here. Despite an impressive number of new characters (including the Demon, OMAC, and Kamandi) none lasted long enough to influence DC very much. (I did, however, like The Losers, Spirit World and In the Days of the Mob.) 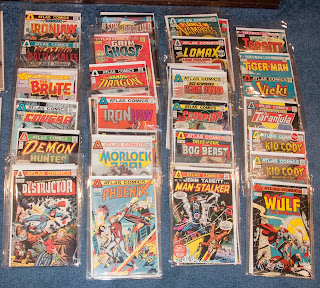 Reason #4: Atlas Comics: I was excited that an entire new line of comics was coming out. Martin Goodman, the publisher who gave us the Marvel Age, sold Marvel and started a new company, Atlas.  Atlas, for its very brief time, was totally inconsistent in its characterization, in its writing and its artists. Characters changed and even disappeared, writers went in different directions and there was no vision of a complete universe was there. I was disappointed that it failed so quickly.

Reason #5: Loss of Vision.  The Marvel Age began with Stan Lee, Jack Kirby, Steve Ditko and Don Heck creating the Marvel Universe. They were aided and abetted by Larry Lieber and Dick Ayers.  They produced some of the best comics ever. Roy Thomas, Gene Colan, John Buscema and John Romita were brought in mostly to continue what the “Big Four” began. In 1973 Stan Lee becomes publisher and his vision of a single unified universe seemed to evaporate as new editors came and went  quickly. By 1977 Marvel had quickly expanded from 10 to 40 titles and new writers and artists had to be brought in.  Many writers were not “trained” in the Marvel way, concentrating on the story plot only, not on characterization or personality.  I felt the artwork also suffered.

Reason #6: Many titles for same characters.  Continuity, not seen at the other companies, was a paramount of the Marvel success. Characters grew and their personalities become part of the story line. At DC, it seemed, all heroes had to appear in at least two comics. In any given month, Superman appeared in eight separate titles and Batman at least four. With different writers and editors it was impossible to have any sort of continuity and there was no growth. In 1965, you could pick up a Superman comic from 1961 and find no difference in character development. Lois Lane continued to conspire to find out his secret identity, Jimmy Olsen continued to turn into a giant turtle man, and Superman would appear old, fat, bald, tall, short or disabled. There were no adventures, there was just gimmicks. 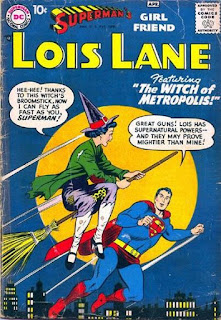 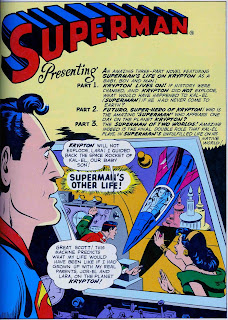 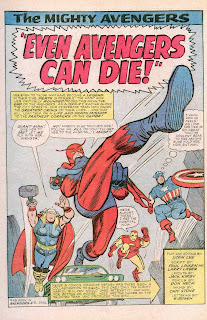 At at Marvel characters fell in love and had their hearts broken, had doubts about their place in the world.  Time passed (albeit slowly). In fact, Stan Lee wrote when he removed Iron Man and Thor from the Avengers in 1965: “Didja know the real reason we changed the AVENGERS lineup? Here it is, honest injun! Iron Man, Thor, and Giant-Man were all starring in their own mags. After a while, it didn’t seem right to have one of them captured in Transylvania in his own mag, while he might be taking in the Late Show on TV in the AVENGERS! The truth is, it seemed to kill all the realism—all the immediacy of both strips! In fact, that’s why we took the Torch and Bashful Benjamin out of Strange Tales.” 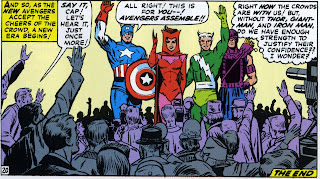 By the early 1970s  Spider-Man had Amazing Spider-Man, Spectacular Spider-Man, and Marvel Two in One, and Giant-Size Spider-Man along with appearing in reprints of Marvel Tales and in Spidey Super-Stories (from the creators of Sesame Street.)  By the mid 1970s all major characters appeared in two books. The worst offender was the Defenders where the “loners” Dr. Strange, Silver Surfer, the Hulk teamed up. 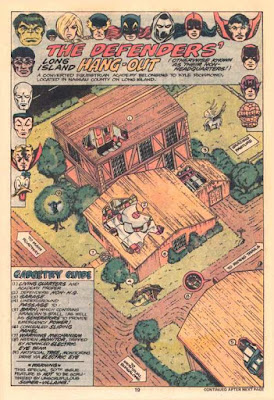 Here’s a secret and it is MY opinion.  I REALLY think  Stan never thought the characters would go on longer than 15 years. Other than Superman, no super-hero at that time, had successfully endured. (Batman and Wonder Woman were failing in the early 1960s) 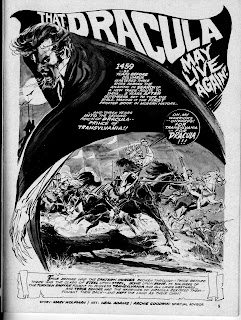 Reason #7: I AM NOT a great horror fan, but I enjoyed Warrens’ Creepy and Eerie in the beginning because it had great artists, sometimes fie writing and was just not another comic book. So was excited when Marvel announced it was entering the Black and White magazine world. Marvel burst on the scene here producing a huge amount of similar comics, rather that slowly bring them out and developing them.  They were erratic and expensive. They featured many text stories (which I didn’t read) and a boatload of reprints from color comics, but now in black and white. At this time Marvel has MANY color comics, at a lower price, reprinting stories from the same era. It is interesting that the horror magazines (Dracula Lives, Vampire Tales, Tales of the Zombie, Monsters Unleashed, and Savage Tales) faded by issue #12.   Conan, Hulk, Crazy (humor) Planet of the Apes, Deadly Hands of Kung Fu lasted longer.  I really, really began to see that Marvel was more interested in quantity a then quality. 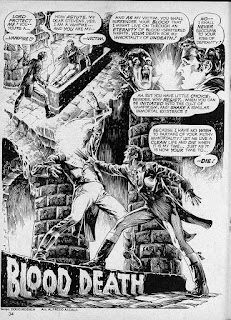 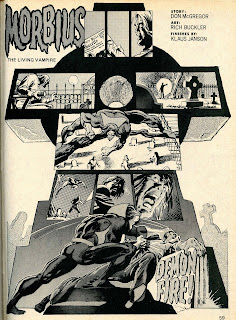 Reason 8: Also, to my surprise, I would buy a comic with a new cover but a reprint would be inside with some explanation on why there was a reprint.  I was paying with new money, but getting an old comic. The page count in the Marvel comics, early 1960s, when comics were 1/3 the prices was often 24, then 20 pages for the full length comics as 22 of the anthologies such as Tales of Suspense. They were down to 17 pages by 1976. 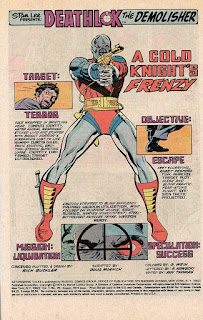 Reason 9: Titles began to come and go quickly, without any resolution.  The Black Panther in Jungle Action, Skull the Slayer, Omega, Man-Wolf and many others had brief comic book runs, but ended on cliff-hangers that would not be resolved during this period (Many were resolved years later.)  This, to me, should like of respect to the readers. Even the WORST titles were selling over 150,000 a month, yet Marvel seem to show no need to satisfy those readers who were probably reading their other comics. 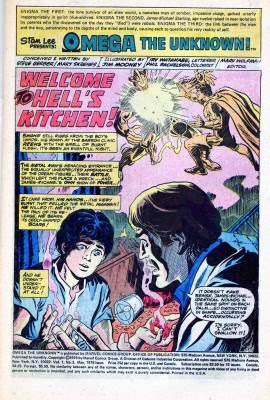 Reason #10: Lost connection with readers: There always seemed to be a connection between the comic companies and the readers. DC had Superman of America, Archie had a fan club and Marvel had not just the M.M.M.S but FOOM and magazines that went out to fans. When Stan left as editor that connection was lost. 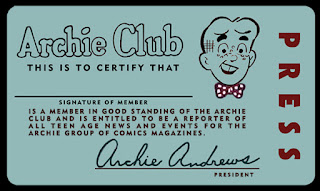 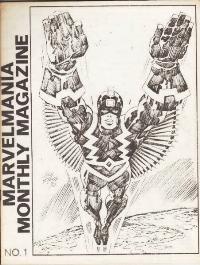 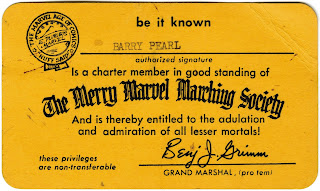 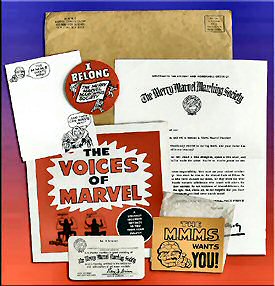 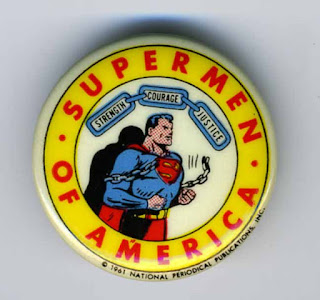 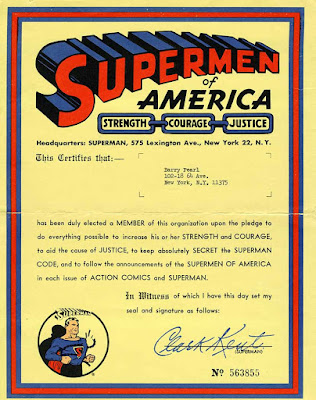 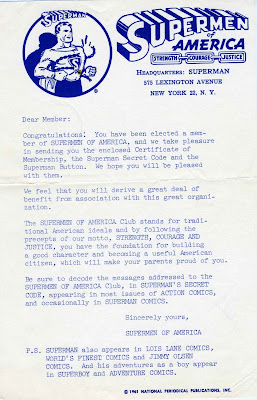 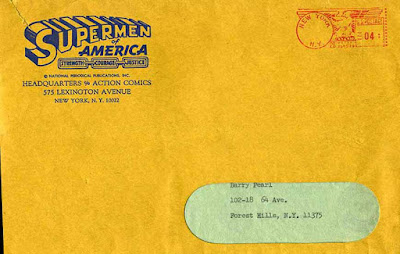 Reason #11: There were THREE major changes in comic book production at Marvel that really made the comics virtually unreadable to by the mid-1970s.


I  wonder if I just outgrew comics. There was just so many times I could read about Galactus coming to Earth and getting a new herald, or the Sub-Mariner attacking the Surface World or the Red Skull, thought dead returning. None of my girlfriends ever cared about them and thought they were childish to read.  When I stopped, I did look into older comics such as EC.  But I don’t remember ever missing the new comics.

As a kid, I told people I read Superman, Spider-Man, Fantastic Four, and Avengers and so on.  As an adult I realized what I was reading was Stan Lee, Jack Kirby, Steve Ditko, Jim Steranko and Roy Thomas.

When Kirby leaves Marvel in 1977, and all the other original creators were gone, I left too. My Silver Age was over.