I have read over 15,000 comics in my life and two thirds of them have not been Marvels.  Most had been DCs. I started reading comics in the late 1950s when DC dominated the superhero field. I was not immediately attracted to Marvel, contrary to popular belief; my favorite at the time was Challengers of the Unknown. Of course Superman was still a daily treat on TV, I watched it on WPIX, Channel 11 in New York. Who knew then of the incredible connection between these two!!! Marvel’s comics, as well as those of ACG, at first seemed a bit smaller, with not only less vibrant colors, but also less sharp printing than DC’s or Dell's. In fact, when I was very young, I once thought ACG and Marvel were the same company. And with Steve Ditko drawing for both Charlton and Marvel in a very distinctive style, I thought Charlton and Marvel might also be the same.

We all know that the Justice League’s success prodded Marvel to get back into the superhero line.

To a young reader at the time, Fantastic Four #1 did look like it was inspired by an existing superhero group, but not the JLA which featured DC’s stars. It looked like DC’s Legion of Super-Heroes, which had similar members. Sun Boy had heat powers similar to the Torch, the Invisible Kid had powers like Sue Storm's, and Jimmy Olsen as the Elastic Lad had powers similar to Reed Richards. Also, unlike the JLA but like the Fantastic Four, the Legion seemed to live together, often like brothers and sisters. 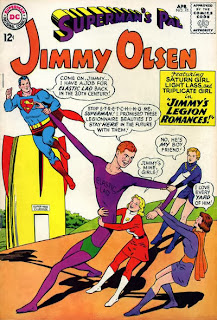 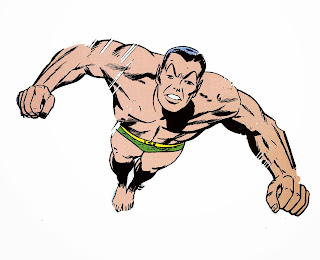 I was not immediately a big fan of the Fantastic Four - that would take until issue #19, “Prisoners of the Pharaoh.” I enjoyed many of the comics until that point, but for some reason that comic seemed so much different than anything else. Issue #4 had featured the Sub-Mariner. When it came out I had no idea that there was a “Golden Age” of comics in the 1940s, that would take until Feiffer’s “The Great Comic Book Heroes” published in 1965. So I thought, as with the Fantastic Four, that the Sub-Mariner was a copy of another DC character, Aquaman. 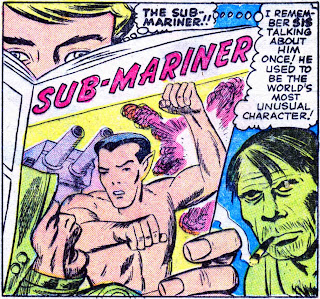 I had then become a fan of Marvel’s full length comics, but I was not thrilled by their anthology ones: Tales of Suspense, Tales to Astonish, Strange Tales and Journey into Mystery.  I really began to miss those five page stories, especially the ones done by Kirby and Ditko. I was not a big fan of Iron Man, Thor, Hulk or Ant-Man either. It took until Steve Ditko redid Iron Man in issue #48 and the introduction of good supporting characters (Pepper and Happy) to bring me strongly aboard. Tales to Astonish was never a favorite when it just starred Ant-Man. When he fought a small villain, such as the Scarlet Beetle, I wondered why he just couldn’t grow to full size and step on it.  He also had full conversations with ants, who alerted him to bank robberies. How does an ant know about bank robberies? It got better when the Hulk was added to the comic. Then Marvel once again called on Steve Ditko and he recreated the Hulk and added strong supporting characters to the mix. 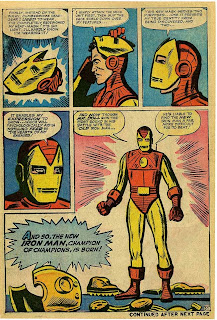 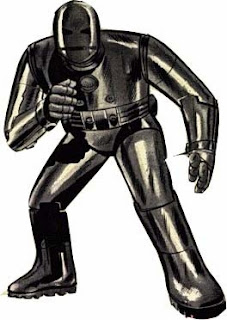 Thor, in Journey Into Mystery, was fun in the beginning, but when he started fighting Earth-bound villains, like in “Prisoner of the Reds,” or the Cobra and Hyde, it was all a bit dull to me because they never seemed a powerful as Thor. I renewed my interest in the series when Lee and Kirby returned.  They introduced Tales of Asgard, giving Thor great new characters and a back-story, and me a great comic to look forward to. 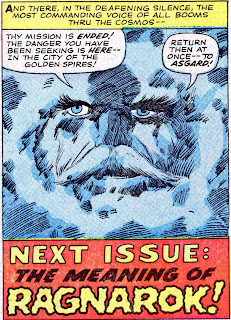 The Human Torch stories in Strange Tales were rarely fun in the beginning, but got better and funnier when the Thing was involved. However, I slowly got taken in by Dr. Strange, which I still feel was some of Ditko’s best work. And Marvel’s. 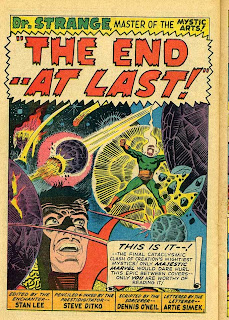 While the Iron Man, Thor, Hulk, Nick Fury, and Dr. Strange stories were not full length in their anthology homes (their stories were ten to twelve pages), they were able to develop longer and more complicated plots by frequently having continued stories. At first there were a lot of two parters, but eventually they went much longer than that, Dr. Strange has the record for going 17 issues. .

These days, I occasionally read articles critical of the promotion and cross referencing Marvel did in the early 1960s, as today it seems  over the top and distracting. Many of the comments come from people not around then.  Nowadays it seems that Marvel was always going to be successful, but back then, they really had to fight for their market share (and news stand space) to survive. Yes, it did help when a new character, Ant-Man, the Hulk or Daredevil showed up in a comic you read to promote their new title.  Also, Stan’s Special Announcement became more and more important and interesting as he connected with the fans and told us what to look for on the stands.  There were no comic book stores; you often had to look for these comics! 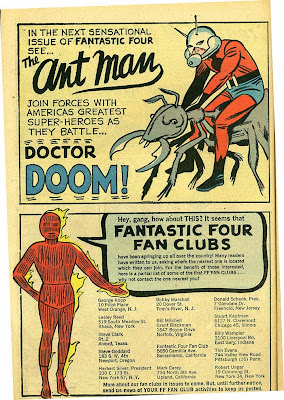 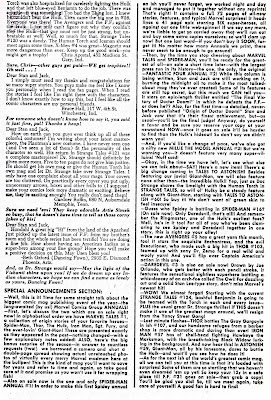 I had traded away, or just not kept, several of those early anthology comics, perhaps ten in all. I noticed in myself that I was buying Marvel Tales and Marvel Collectors' Item Classics to get the stories I had given away. In those days older comics often cost less than new comics and new comics only cost 12 cents. So by 1964 I got them all back and I have kept everything!!!!!

Sgt. Fury was the only Marvel comic I did not read from the beginning. I wasn’t interested in war comics although I had picked up issue #1. But I borrowed issue #8, “The Death Ray of Dr. Zemo,” which tied Fury strongly into the Marvel Universe, and then I started to collect the back issues. Of course, issue #13 where Captain America starred was wonderful, with one of the best covers of that era! Oh, I didn’t know of Captain America until he appeared in Strange Tales #114.
Spider-Man was unusual from the beginning, but really began to kick into high gear for me by issue #9, with Electro, and #10 with the Enforcers. 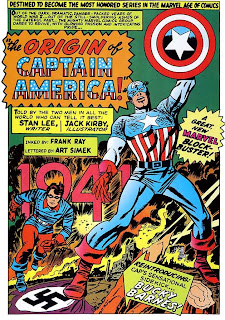 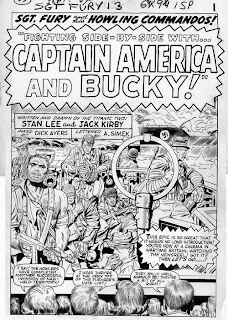 Daredevil had great potential, but most of his early villains including the Stilt-Man and the Matador, seemed silly. Then, when Wally Wood came in and did Daredevil #7, with the Sub-Mariner, I was hooked. I hated when he left, but really enjoyed Johnny Romita’s take on Ka-Zar.

I enjoyed the X-Men, but for me the series took off when the Stranger was introduced. Why? Magneto was about their only villain and he got banished in that issue. Soon we had the Sentinels. I wish to this day that Kirby had stayed on a little longer to establish that series. The stories he co-plotted were wonderful.

The Avengers got me with issue #3. The Hulk had resigned and now, for the first time in my comic book life, it seemed that a resignation would be permanent. Of course, Captain America in the next issue elevated it even further. 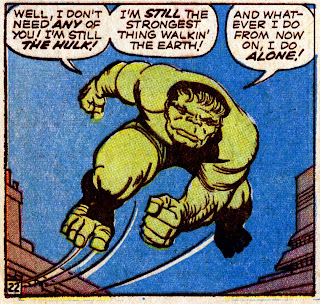 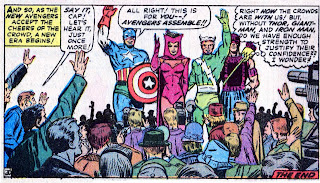 Then in issue #16, the comic that was most like the Justice League changed its members and removed it big stars. This was different!

I enjoyed Captain America, Sub-Mariner and SHIELD series from the beginning, although at the time they were 'Latecomers."  I enjoyed Gene Colan on Subby, in spite of the Colletta inking. Nick Fury was great - then, as so many artists came and went, it declined until Steranko took over and made it one of the best runs ever. I enjoyed Cap, even when George Tuska took over and gave us the Sleepers. But Kirby's Cap was always the best in TOS. 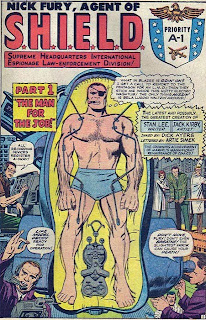 As I was growing up, I felt that Marvel was growing up with me, but that DC was not. The stories became more complex, with more character development at Marvel, not so much at DC. And the Marvel artwork stressed individuality I thought, whereas DC had a corporate, house look. When Marvel expanded, I cut back on my DCs.

Once again my thanks goes out to the generous Kid Robson for his help!